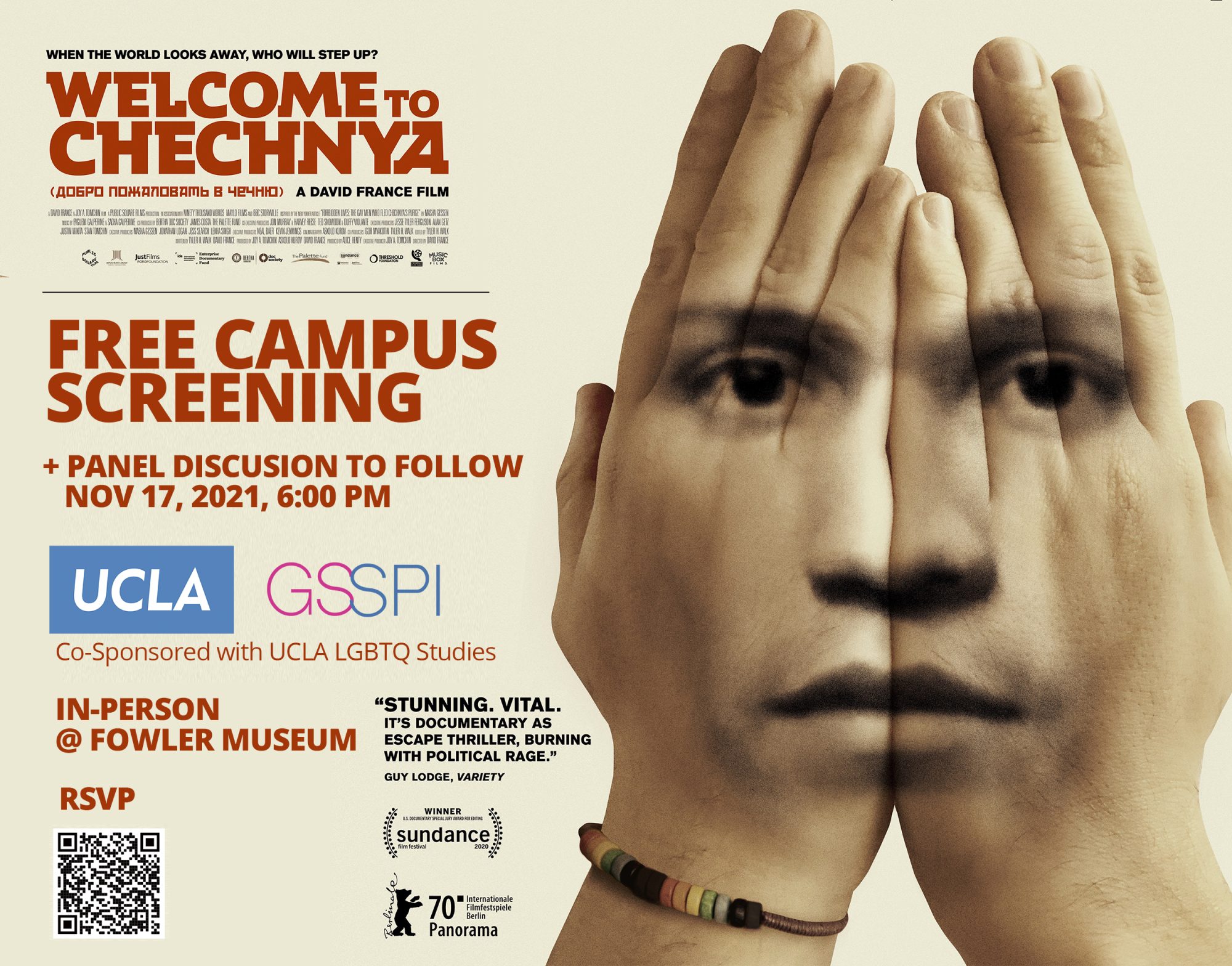 Join the Gay Sexuality and Social Policy Initiative (GSSPI) on November 17, 2021 from 6:00-9:00 PM at the UCLA Fowler Museum for a screening of the Oscar- and Emmy-nominated documentary film Welcome to Chechnya.

This searing and intimate documentary follows the work activists in the Russian republic of Chechnya risking their lives to combat the deadly anti-LGBTQ torture campaign that has escalated in the country. After the screening, GSSPI Co-Directors Dr. Ian Holloway and Mr. Alex Garner will hold a panel discussion with LGBTQ researchers on issues of criminalization of same sex sexual behavior in Europe and around the globe, and how that ties into the groundbreaking work GSSPI is doing on gay sex and sexuality.

This event is proudly co-sponsored by LGBTQ Studies.