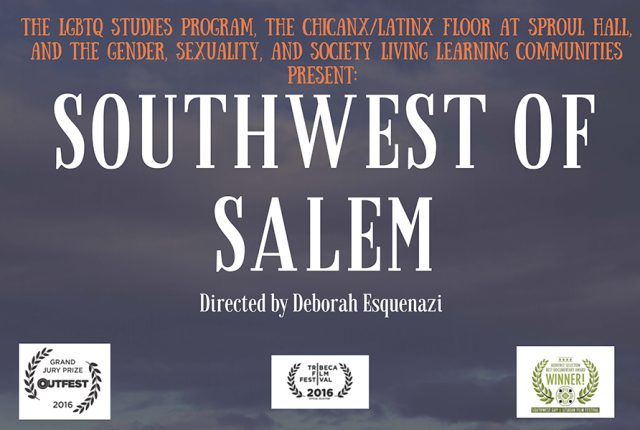 Please join the LGBTQ Studies Program, The Chicanx/Latinx floor of Sproul Hall, and The Gender, Sexuality, and Society Living Learning Communities to screen Southwest of Salem, an important documentary about 4 Chicana lesbians from San Antonio, Texas who get accused of gang-raping the two nieces of one of the women. They are imprisoned for 20 years for something they did not do. It’s a riveting and heartbreaking story.

This event is a part of the programming for the 20th Anniversary of the LGBTQ Studies Program.