Dan Guerrero is an award-winning producer of diverse programming for network and cable television and of live arts and culture concert events. He’s helmed talk shows and music specials for NBC, PBS, HBO, Univision and Telemundo and directed large-scale concert events at the Dorothy Chandler Pavilion in Los Angeles, the National Hispanic Cultural Center in Albuquerque, the Cite de la Musique in Paris, France and the Kennedy Center in Washington, DC among other prestigious venues.

The eclectic artist also tours with his autobiographical solo show that chronicles his journey of discovery across the lines of ethnicity and gender.¡Gaytino! travels through decades of Mexican-American/Chicano history and the gay experience from a unique and personal perspective. The storytelling performance piece has been widely embraced by critics and audiences nationwide. 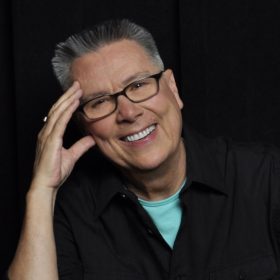