I am a Professor at the University of California, Los Angeles. I am a member of the topology group, and my research focus in algebraic topology. I am one of the organizers of the topology seminar.

Prior to my appointment at UCLA, I was an Associate Professor at the University of Virginia, a visitor for a year at Harvard, a Whyburn Instructor at UVA, and a graduate student at MIT.

I am a co-founder for Spectra: the association for LGBT mathematicians. We have already held several events at previous Joint Mathematics Meetings, and we indend to have another panel at the next meeting.

I am an editor for several general interest journals, and I am excited to see more algebraic topology and homotopy theory represented therein.

Mike Hopkins and Doug Ravenel and I recently settled the Kervaire Invariant problem. Doug maintains a fantastic website with links to most of the talks the three of us have given, PDFs of source materials, and notes from courses about the topic. It’s a must read for the curious.

One of the most exciting parts is that this has been written up in popular science magazines. 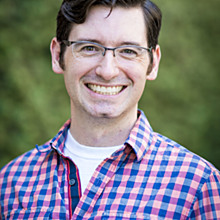