Peter Kazaras is the Director of Opera UCLA and the Inaugural Susan G. and Michel D. Covel MD Chair at the UCLA Herb Alpert School of Music. A stage director and Professor of Music, he was also Artistic Director of the Seattle Opera Young Artists Program from 2006 to 2013. Earlier in his career, he received worldwide acclaim as an operatic tenor, performing at the Metropolitan Opera, Teatro alla Scala, Deutsche Staatsoper Berlin, Houston Grand Opera, San Francisco Opera, Seattle Opera, Vienna, among many others. This season, Mr. Kazaras will be directing La gazza ladra at Glimmerglass Festival and Le nozze di Figaro with Washington National Opera. In future seasons, he is slated to return to Dallas Opera.

In addition to his work at UCLA, Kazaras recently directed La bohème for Los Angeles Opera, The Dallas Opera, and Washington National Opera; The Consul and the world première of An American Dream for Seattle Opera; Cendrillon for The Julliard School; The Rape of Lucretia and a double-bill of Gianni Schicchi/The Medium for the Merola Opera Program at San Francisco Opera; and the world première of a revised version of An American Tragedy for The Glimmerglass Festival. Additionally, he was invited to give master classes for the Washington National Opera Young Artists and Glimmerglass Opera.

Of a production of Norma with the Seattle Opera, The Seattle Times said “his direction was remarkably good, theatrical and natural at the same time.” Likewise, of a production of Le nozze di Figaro for the Seattle Opera Young Artist program, he was praised for his “robust and lively” direction and his “clever, fast-paced staging” with reviewers noting that “Staging [Le nozze di Figaro] is a considerable challenge, one to which Kazaras adroitly rises. A dozen sly little gestures quickly establish character — and you can see every one of those gestures in the intimate ambience of the theater.”

Over the past fifteen years, he directed over twenty productions for Seattle Opera’s main stage and Young Artists Program, plus productions for Opera Cleveland, Madison Opera, Eos Orchestra, Red: {an Orchestra}, the Santa Fe Pro Musica, and festivals at Cabrillo and Caramoor. He directed for educational programs such as Merola at San Francisco Opera Center, the Wolf Trap summer program, the Chautauqua Institute Voice Department, the Academy of Vocal Arts, the Hartt College of Music, and Florida State University. At UCLA since 2007, he has directed, supervised or produced over twenty-five productions during his tenure.

A frequent panelist on the Toll Brothers Metropolitan Opera Quiz, Kazaras is also in demand as a judge for international competitions. He has adjudicated all three iterations of the International Wagner Competition at Seattle Opera. He was a judge for the first Elardo International Competition in New York, Marilyn Horne’s competition at Music Academy of the West, the José Iturbi Voice Competition at UCLA, the Les Azuriales Festival in Saint-Jean Cap Ferrat in France, and has adjudicated twice at The Juilliard School. He has also served as a judge for District and Regional Auditions of the Metropolitan Opera National Council. In the summer of 2015, he returned to Les Azuriales Festival as a Master Teacher. In 2016 he will teach in Busseto Italy at Aprile Millo’s Operavision Academy. Kazaras is a member of the Glimmerglass Festival Artistic Advisory Board as well as the New York Festival of Song Advisory Board. 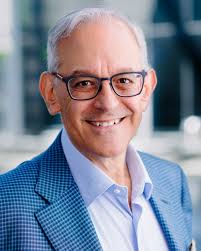