Steven D. Nelson was Professor of African and African American Art and Director of the UCLA African Studies Center. He is currently the Treasurer of the National Committee for the History of Art and a member of the General Assembly of the Comité international d’histoire de l’art, and a Contributing Editor to Grove Art Online. Professor Nelson was a former president of the Arts Council of the African Studies Association; served as member of the advisory board for the National Gallery’s Center for Advanced Study in the Visual Arts (CASVA); and was Reviews Editor for Art Journal and the Journal of the Society of Architectural Historians. His book From Cameroon to Paris: Mousgoum Architecture In and Out of Africa (University of Chicago Press, 2007) has won multiple awards. His writings on the contemporary and historic arts, architecture and urbanism of Africa and its diasporas, African American art history, and queer studies have appeared in anthologies and exhibition catalogues as well as in African Arts, Architecture New York (ANY), Art Bulletin, Artforum, Art Journal, Documents, Journal of Homosexuality, Museums International, New Formations, and Politique Africaine. Professor Nelson has received numerous fellowships and visiting appointments. He is currently completing two new books titled, “Structural Adjustment: Mapping, Geography, and the Visual Cultures of Blackness,” and “On The Underground Railroad.” 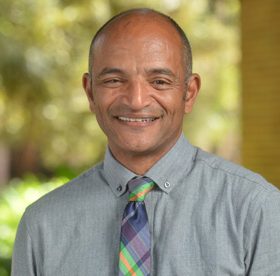